Meet Dora Tavel-Sanchez Luz, the Co-Proprietress of buttercup and The Farmhouse, two farm-to-table restaurants in the western suburbs of Boston. 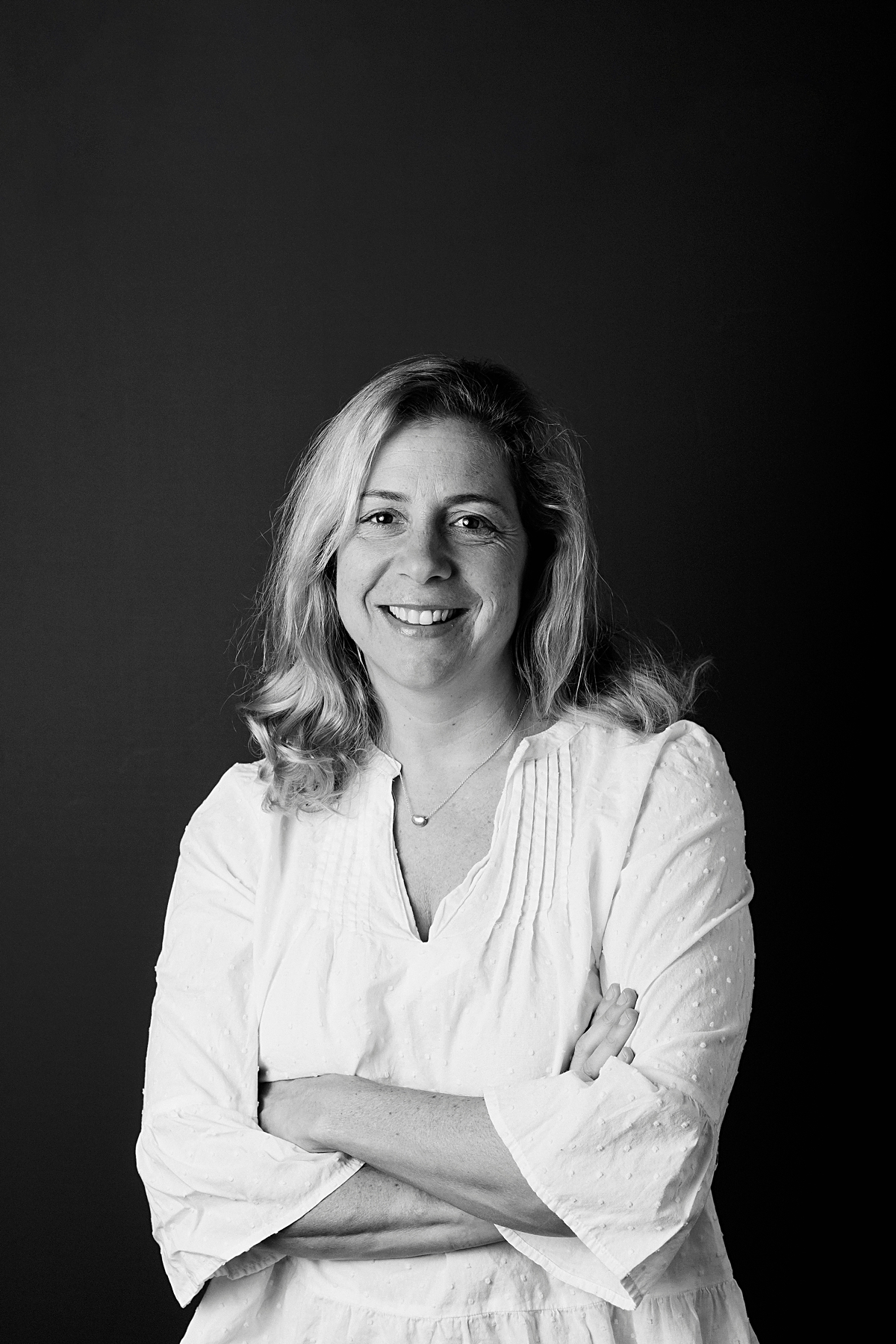 I’ve known of Dora for several years. She has a low-key and really positive reputation in the Needham (where I live with my family) as a business owner who isn’t just in town to run her restaurant, The Farmhouse, but also to participate and give back to the community.

Like every entrepreneur in my A Mother’s Work series, Dora is much more than just a restaurant owner. She’s a partner, spouse, mother, daughter, sister, friend.

We got together to talk about her life, family and restaurants before COVID-19 turned the world upside down. I’ve held on to this post for over two months, wondering how I could edit it to reflect the realities of today. Rather than change the content, I’ve decided to edit out the timely details that are no longer relevant, but share the post as it was written in March.

Dora’s story represents that of every local restaurant owner around the world. She spent her entire adult life working to turn her dreams into a reality while raising two children and giving back to her community.

Today, amidst this crisis, she is working tens times harder to stay afloat. Read on for Dora’s story, and please consider supporting her — and all local entrepreneurs — in the weeks and months ahead.

The Farmhouse is open for PICK UP and DELIVERY from Tuesday – Saturday. They’re serving family style meals, including their fantastic tacos, as well as beer and wine.

buttercup is also offering PICK UP and DELIVERY from Tuesday – Saturday. They’re offering a wide menu of locally-grown items from Dora’s Sunwashed Farm in Framingham. Also, check out their plans to host an Argentinean Dinner at the farm in August. 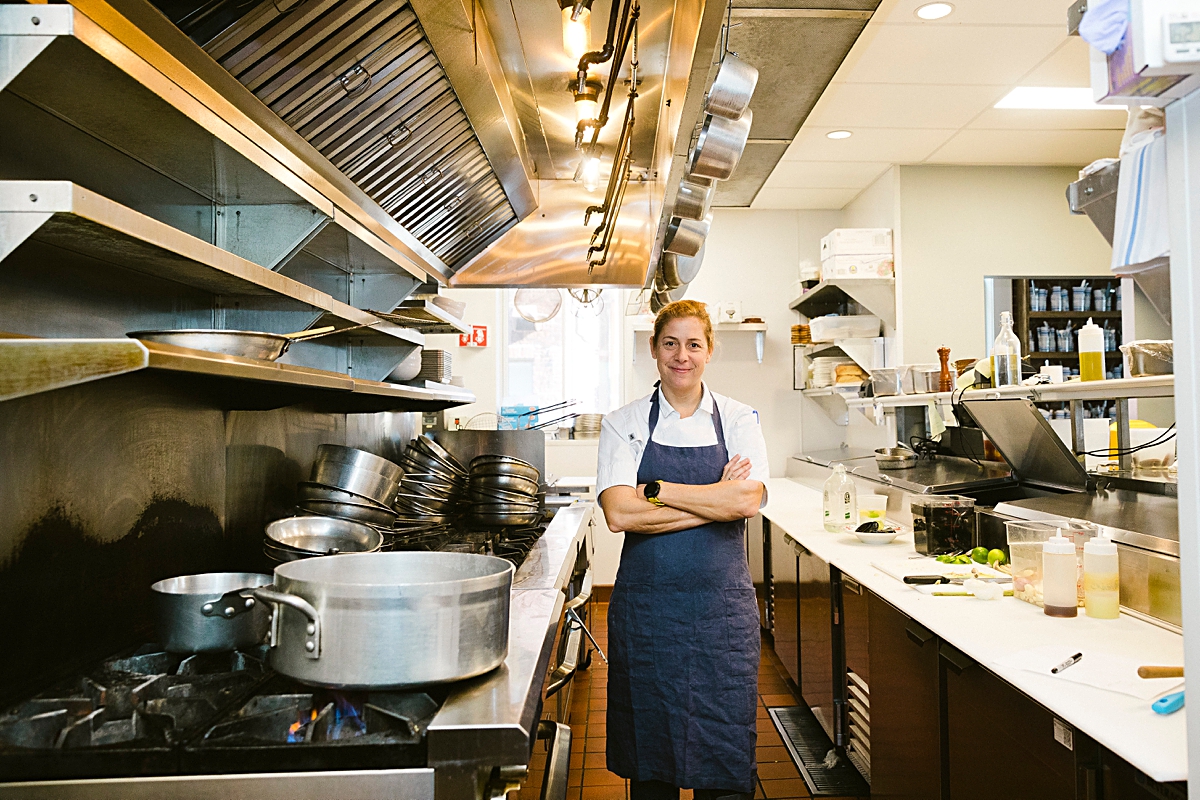 I’ll never forget the time a few years ago when I first saw Dora. I was having lunch with a friend and noticed a woman bouncing from the kitchen, to the bar, then to the customers at The Farmhouse. Later that day I spotted her wearing mesh shorts and running along on the sidewalk in Needham’s active downtown. Turns out that after the lunch rush, she was logging some miles as she trained for the Boston Marathon.
Having the chance to chat with her for A Mother’s Work was fantastic. Not surprisingly, her story has a lot more depth than I would have expected. But, isn’t that always the case with entrepreneurial women? 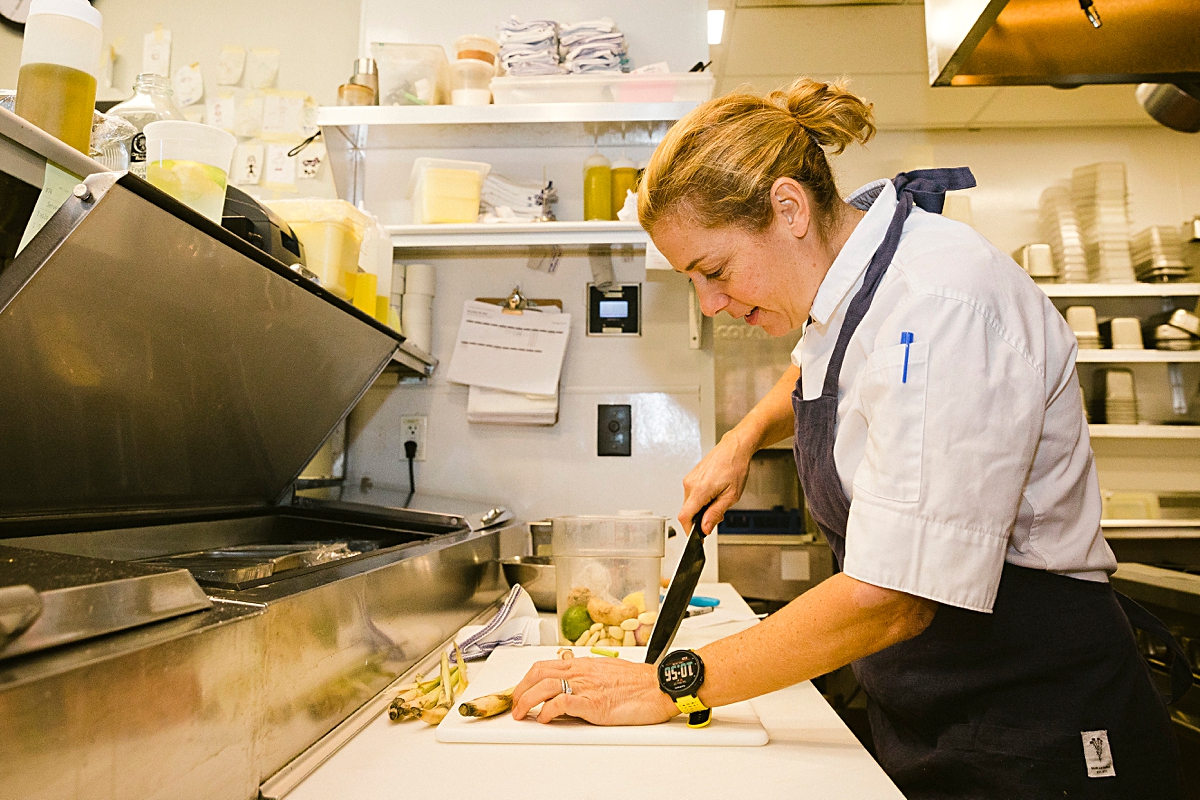 Tell me the story of how your business was born.
(She takes a deep breath, then releases).
It has been a lot of work, but it’s truly a culmination of a dream that Gabriel and I have had since we met in New York in our early 20s. We were both working at Beppe, one of Cesare Casella’s restaurants, and – like most young adults – trying to find a way to live on our own, pay the bills and keep our heads above water.
I was a server and he was a back server. We loved the atmosphere and we thrived on the adrenalin that percolates in a restaurant: the energy that comes along with creating something outstanding from basic ingredients, welcoming and interacting with guests, making it all happen in the back. Restaurants – when managed well – create family.
We fell in love and created dreams together. Opening our own restaurant was on the top of the list. 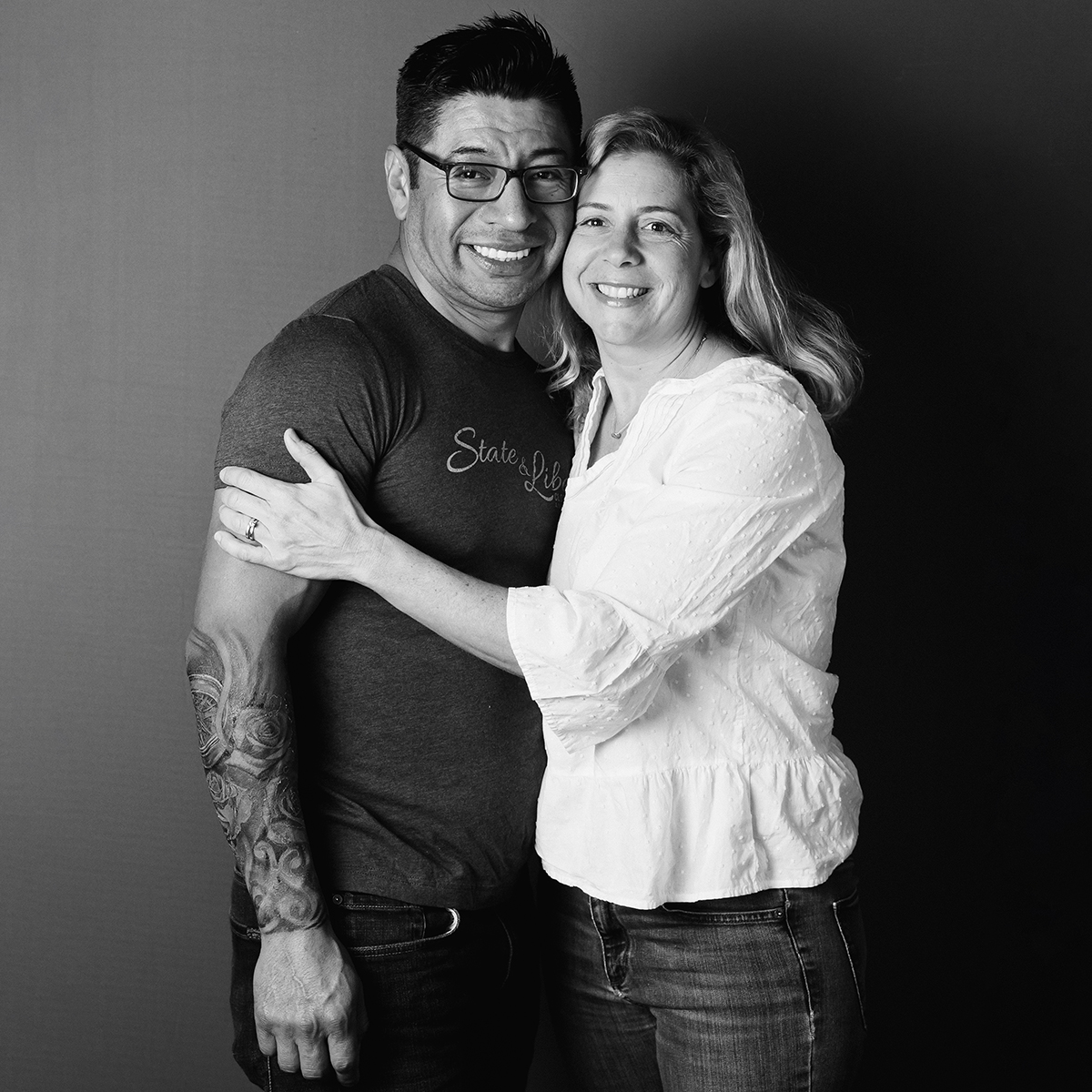 Was this always the plan, to be a chef and a restauranteur? Was this your childhood dream?
No, like many children and teens, I had lots of dreams. The real question was where would dreams take me.
I grew up in Wellesley and had the theater bug. I went to Emerson for college and headed to Los Angeles afterwards to pursue my TV and film career. My interests led me to theater vs. TV/film, so I found my way to Shakespeare and Co. and then New York, where I landed at a small theater company.
I was working in restaurants. And my goal was really just to pay the bills. But it turned out that I loved it. 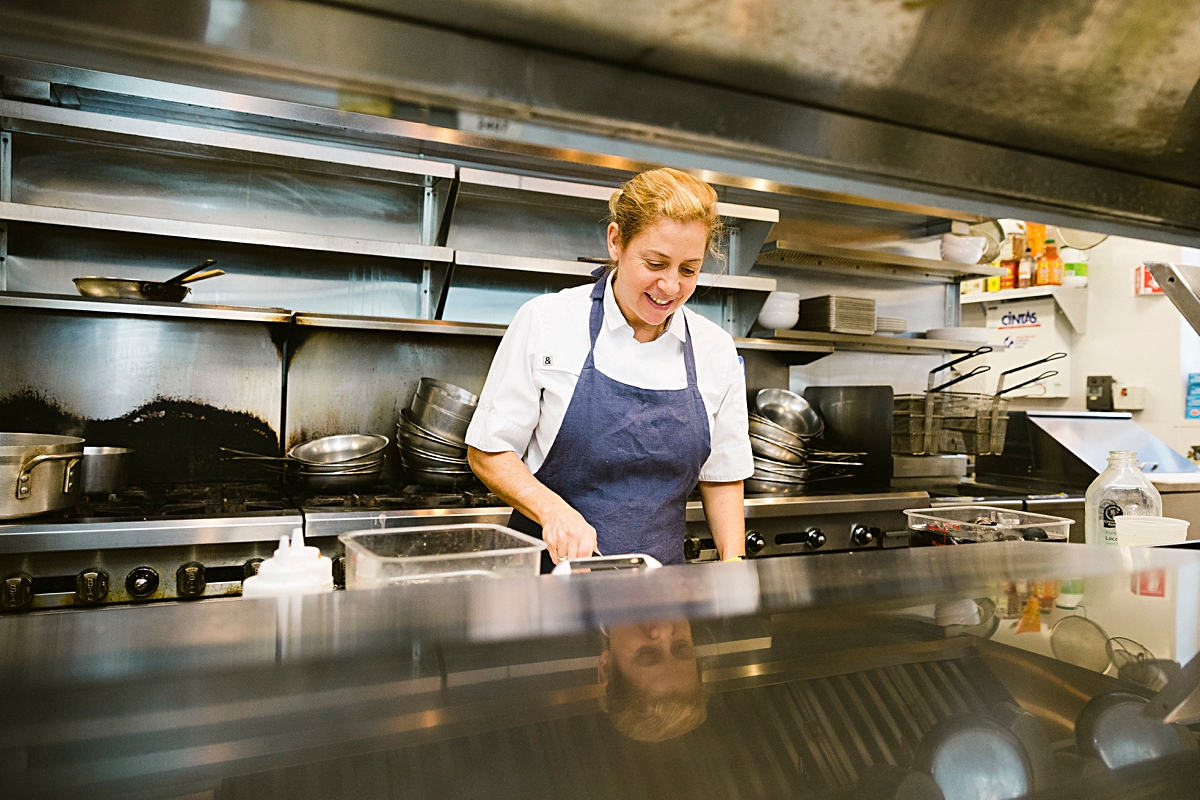 I’m going to assume it wasn’t that straightforward…?

Of course not (she laughs).

Gabriel and I married in 2003. We started saving money to open a restaurant in New York. Sophie arrived in 2004 and we found ourselves heading back to Gabriel’s home in Cholula, Mexico. Our “first restaurant” was actually a small business where we cooked lunches for local government businesses. We juggled it with a toddler and another one on the way.

GianMarco was born in 2007. By then I was back in the Boston area. We worked in a lot of outstanding restaurants in Lincoln, Cambridge, Concord and Boston. I got to know a lot of the local farmers, which inspired me to start my own farm. We pulled it off by purchasing a home built in the 1800s in Framingham. We have a ton of land, so I went crazy growing my own vegetables, most of which end up on tables at our restaurants. 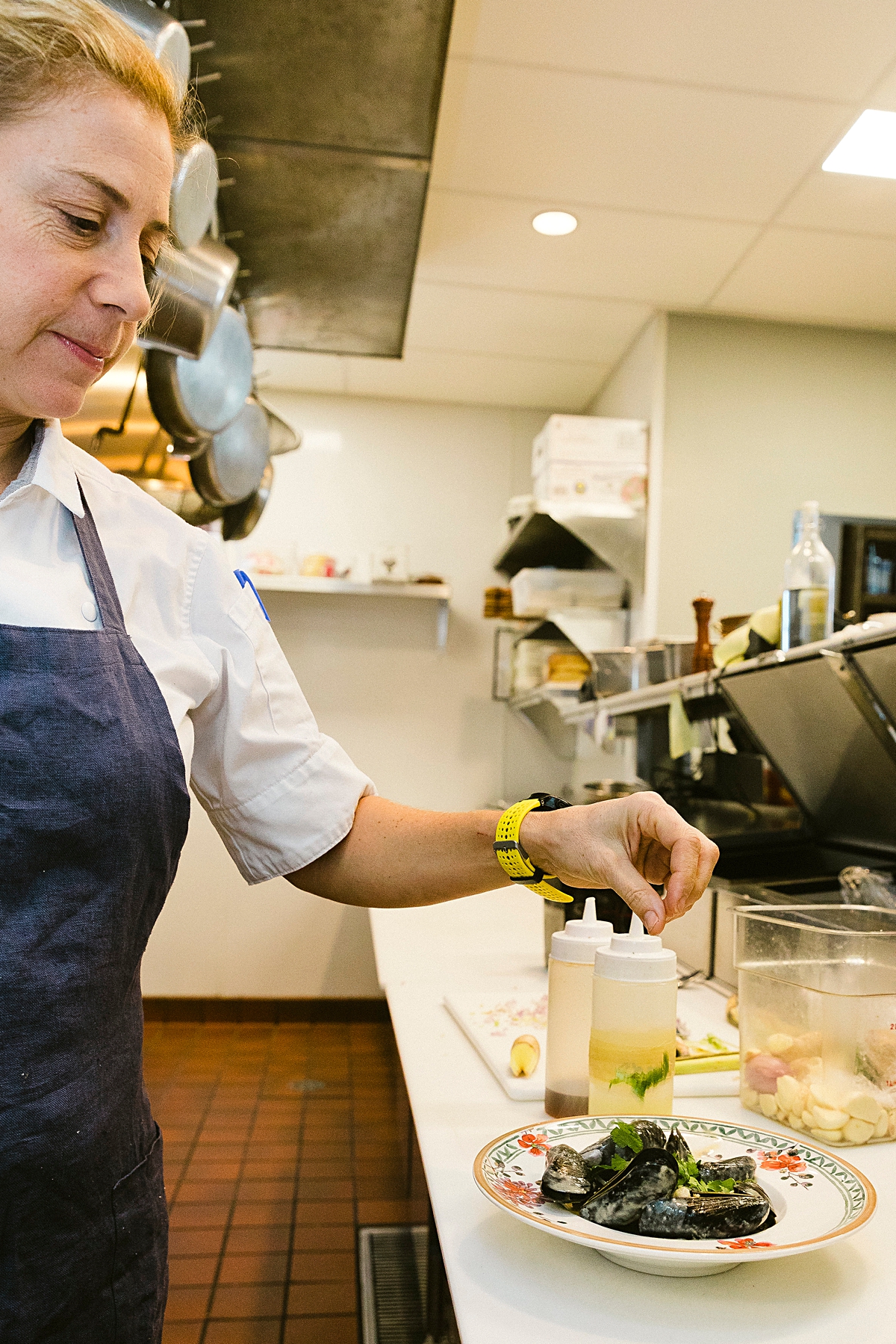 The Farmhouse opened in 2013, and buttercup followed five years later?

Exactly. We had a vision, long before it was trendy, to create a restaurant that was all about living off the land. I used to visit my family farm in Cornville, Maine as a kid, so I’d seen firsthand that farm-to-table was possible.

Thanks to the strong Needham community, The Farmhouse built a steady clientele early. Gabriel and I worked 24/7 for a few years, but thanks to fantastic staff, we started to find balance between work, home, parenting and everything else.

We decided to divide and expand, opening buttercup in Natick Center almost two years ago. Today, I run buttercup while Gabriel focuses on The Farmhouse. 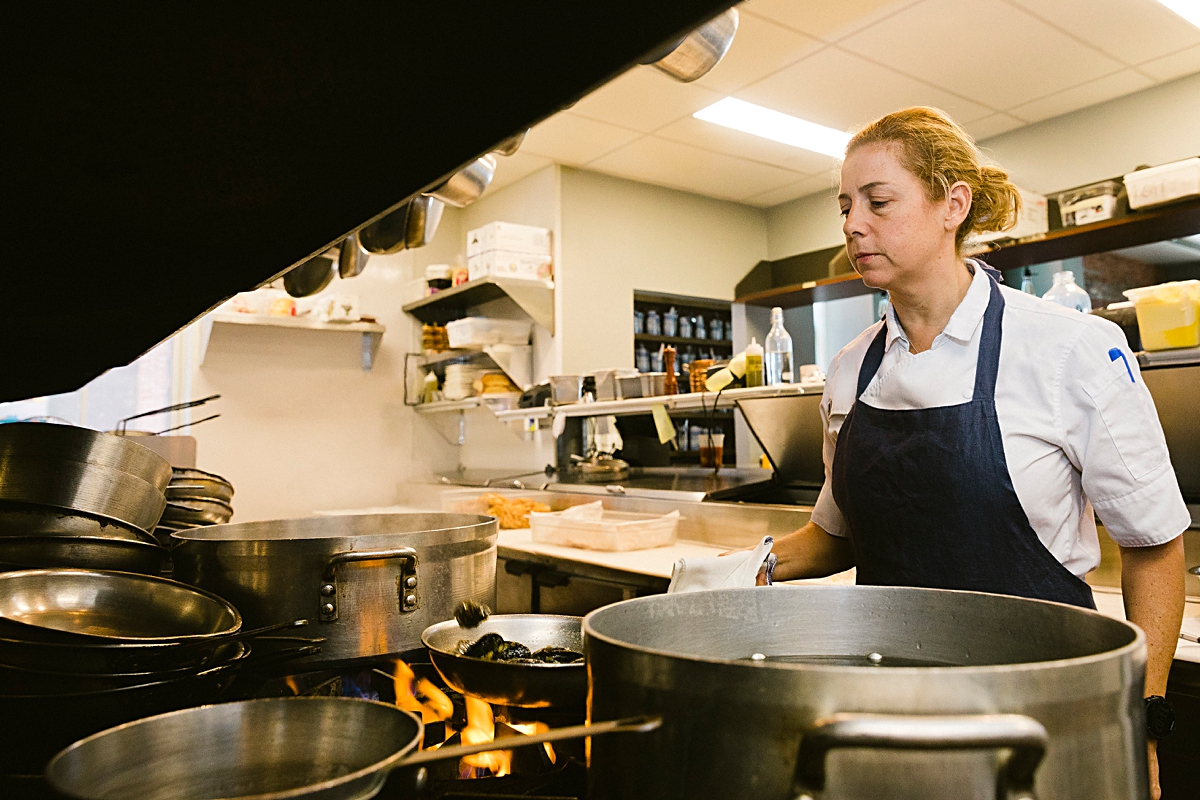 What is your greatest motivation with the restaurants?

Many things. I love working. I love being at buttercup and I love the adrenalin that comes with a successful night, a great crowd, happy customers.

I’d say the staff is a huge motivator for me. Since I have been in restaurants all my adult life, I’ve seen businesses that really value their staff and I’ve seen places where they could care less. Restaurant life is hard work. Physical work. Our goal has always been to run businesses where we treat our employees with integrity. Like family. 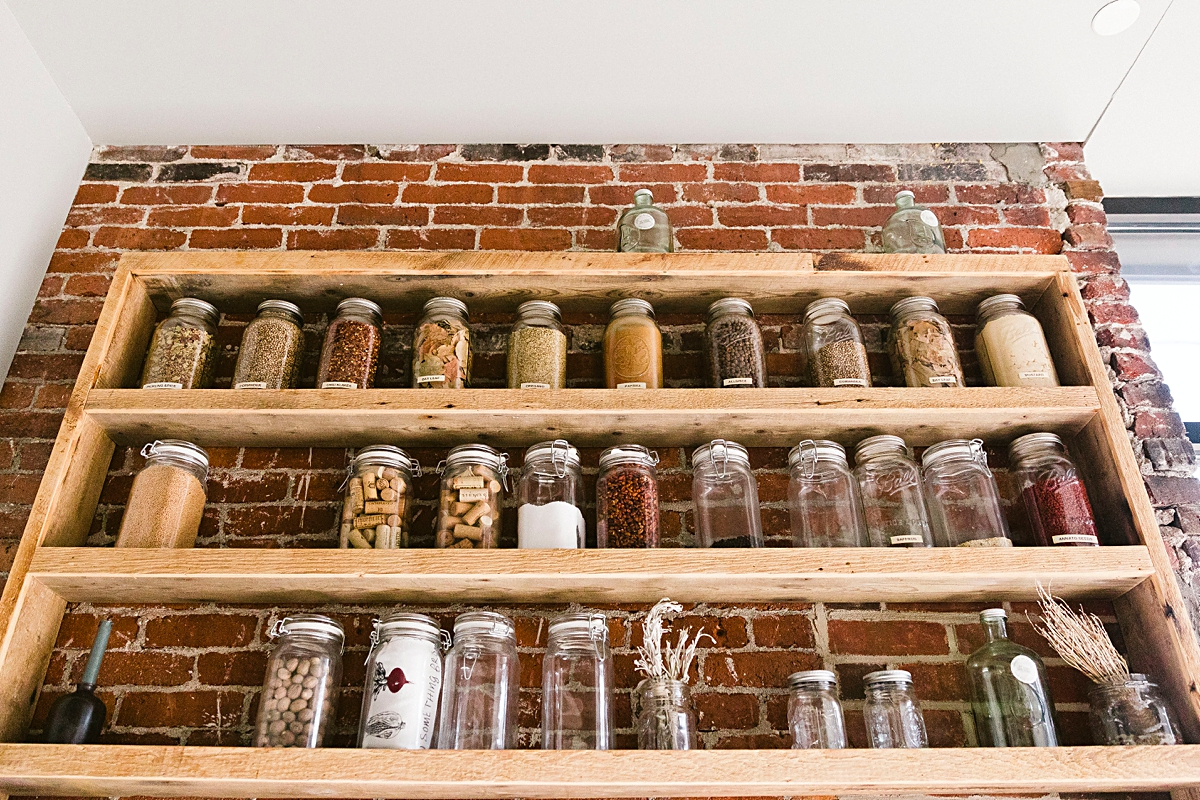 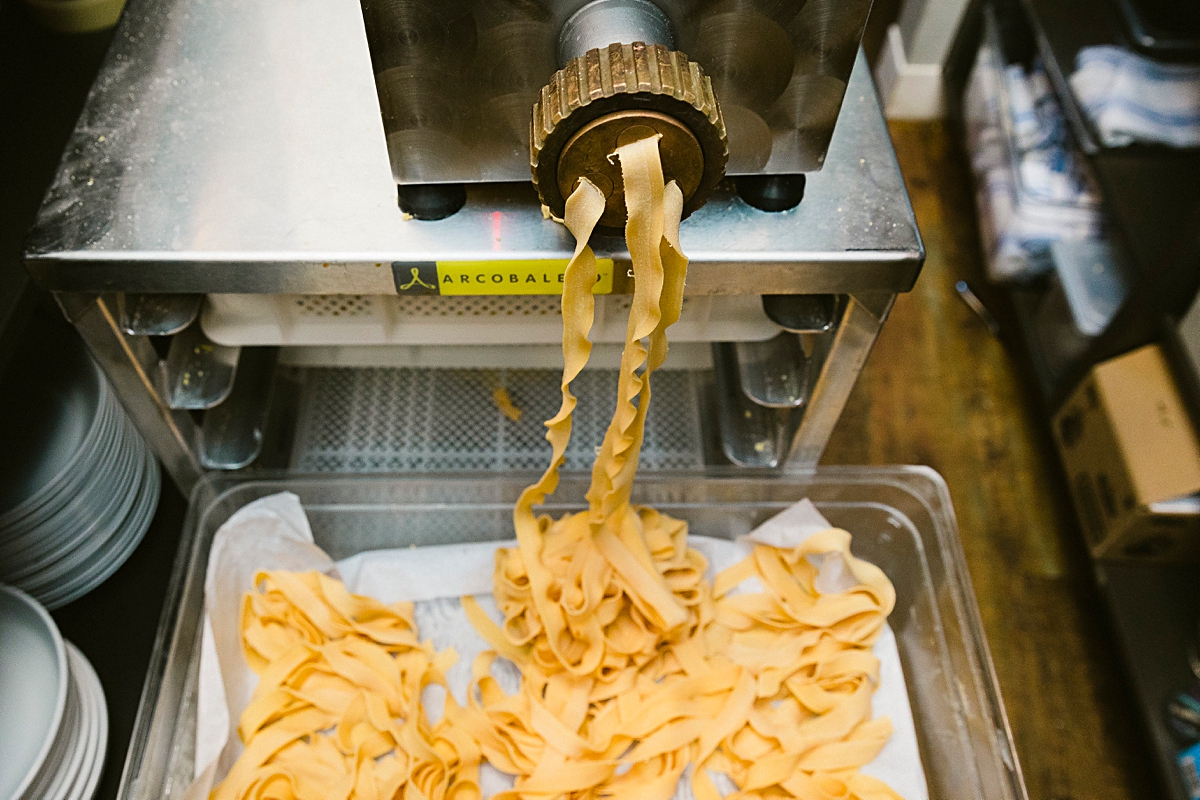 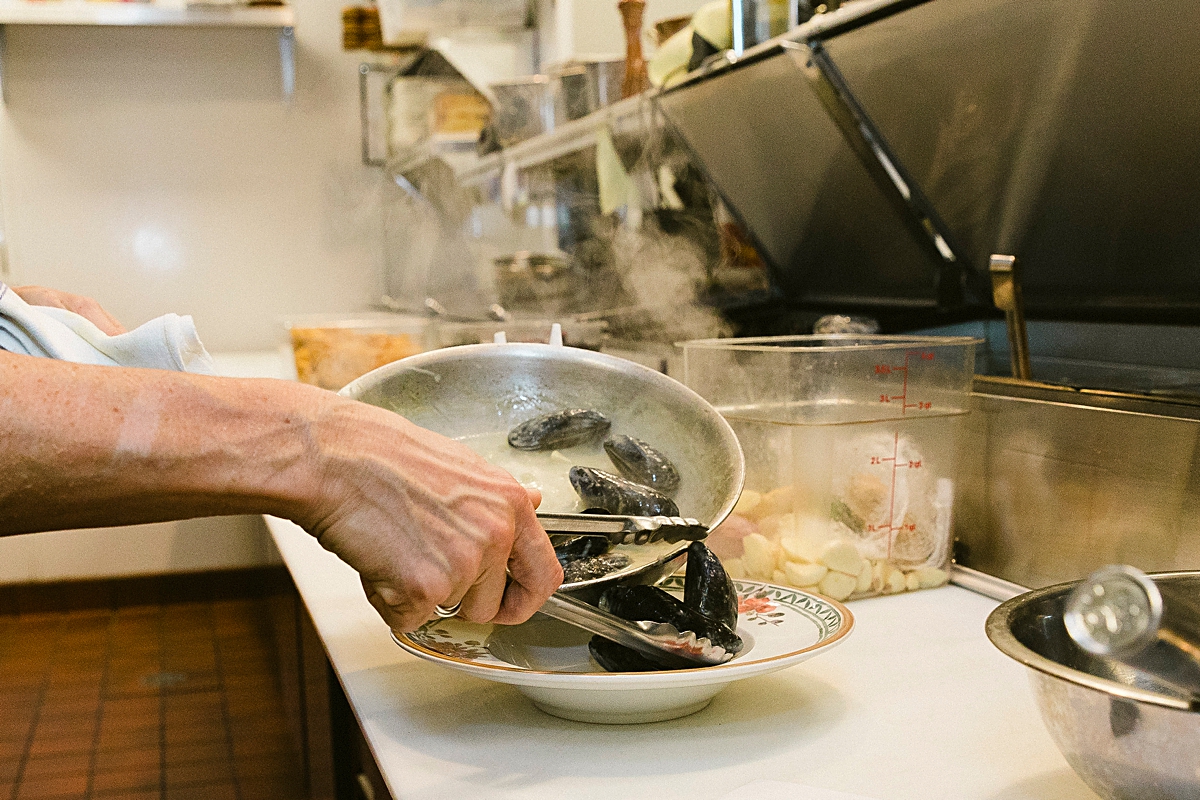 What is the most challenging thing about running your own business and raising a family at the same time?

When the kids were younger, the hardest part was running in so many directions. We were lucky to have a lot of help from my mother and brother, but we were working at top speed. We’d work opposite shifts to make sure one of us was home as much as possible. We worked really hard to be present in the moments of love with my children.
I have this great memory of a day when GianMarco was five years old. I had a Vespa. I figured out that I could get 16 heads of lettuce and GianMarco on the bike and get to the restaurant. I remember his little hands. Now I can’t hug him in public because, well, he is 12.
With Sophie, I have a beautiful memory of a day with Sophie. She was so small. I was pregnant with GianMarco. We were sitting together and she was eating a peach. I could smell her and sense her peacefulness and smell the peach, too. I’m not sure why that memory is so engrained in my brain, but it’s there. My connections with my children are very strong, even if our lives are busy. 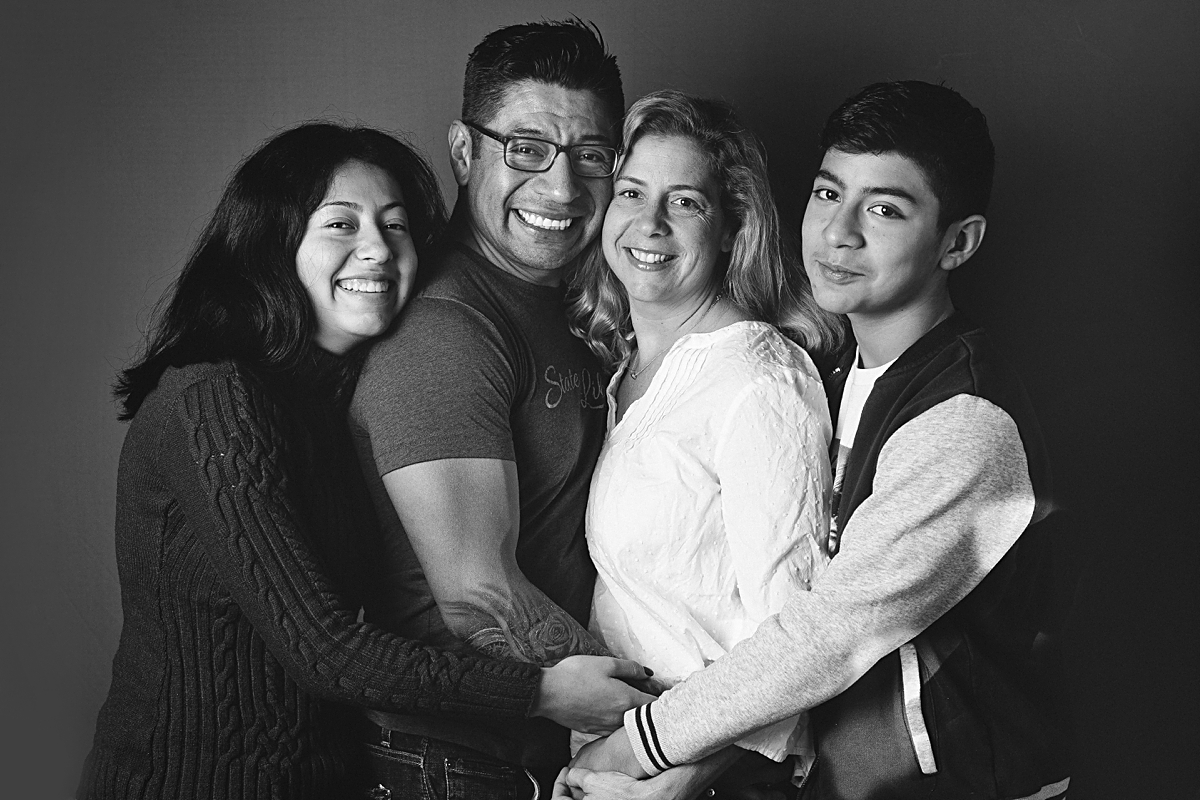 Your kids are teenagers. What’s it like now? Do they come to the restaurants?

Things are different now. The restaurants can run themselves if we need to be home, though we both love to be at work. It fuels us and that’s important to us as people.

Our kids are older and really independent, too. Sophie has been running her day-to-day for a long time. Even several years back she was getting herself off to school on her own: making her lunch, getting dressed, getting on bus. I give my kids lots of credit. They make it happen.

Sometimes the kids help at the restaurant in the evenings. They do everything! Dishes, food preparation, food running, back serving. You name it. GianMarco can cook!

Otherwise, they’re typical teenagers. Sophie is interested in psychology, art and film. GianMarco is into sports and student council. I feel lucky. We’ve worked really hard to get to this point. In many ways, it’s been for them, but it’s for us, too, and the people we meet along the way.